Additionally, paste this code immediately after the opening tag:

Traveling deep into any country creates a sense of discovery. When you come to Burgundy, you can expect a rich store of historical, artistic and architectural wonders. The city of Nevers, not to be missed, stands on the banks of the Loire and is famous for its ancient Gothic cathedral, the ducal palace and other attractions. Of course, you will also find cosy restaurants, markets and shops in Nevers. What better place for oenology than Burgundy?

We have categorised the different sights according to how far they are from the castle of Le Sallay. We have drawn a smaller and a bigger circle around it to show which attractions you can reach very quickly, and which demand a slightly longer trip but are still worth your while. In the following, you will find a brief guide to the surroundings.

Not more than an hour’s drive away. The castle itself is in the countryside, so you can just drive around and admire the pastoral landscapes – or choose a destination nearby and head towards it. 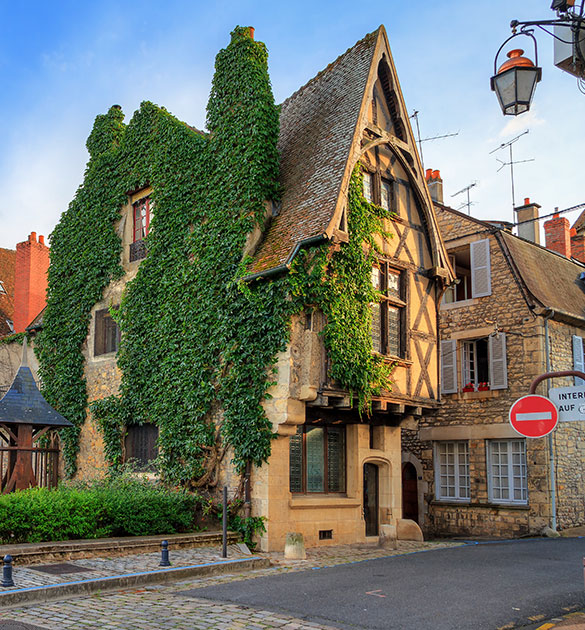 There are at least two noteworthy architectural structures here: the ducal palace and the Gothic cathedral. Lovers of Romanesque architecture will appreciate the well-preserved church of Saint Etienne from the 9th century. There is also a museum of local ceramics and a number of important Catholic shrines, including the relics of St. Bernadette Soubirous.

Overall, Nevers is a classic provincial French city, a very pleasant place to spend a day. 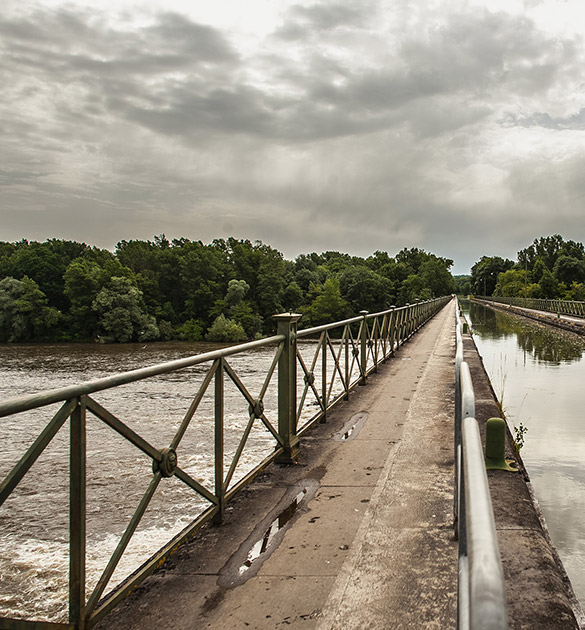 This rare architectural structure is a navigable aqueduct: a bridge over which a canal intended for ships passes over the river Allier. 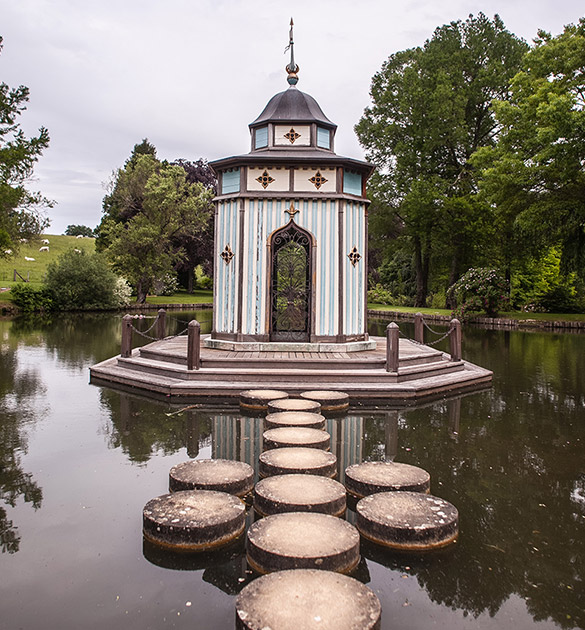 This charming medieval hamlet is on the list of “The Most Beautiful Villages of France”. It houses a unique castle with a museum of old bicycles and carriages, a park and a botanical garden which will make an indelible impression. 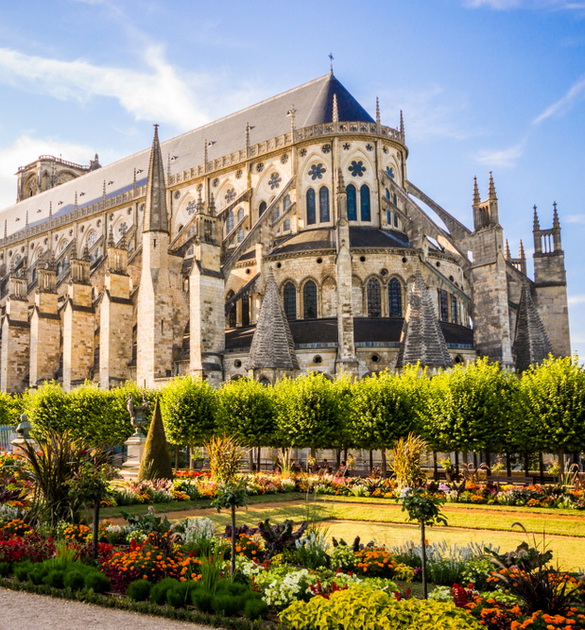 Bourges is one of the oldest cities in France. In the Gallic Wars, when it was known as Avaricum, it was besieged in a crucial confrontation between Julius Caesar and Vercingetorix. Its magnificent Gothic cathedral is listed as a UNESCO heritage site. Its 12th century stained-glass windows are among the best-preserved and best-known in the world.

You can also see the Palace of Jacques Cœur (15th century), France’s richest merchant  until his wealth was seized by the king, and several other architectural monuments in his birthplace, Bourges. 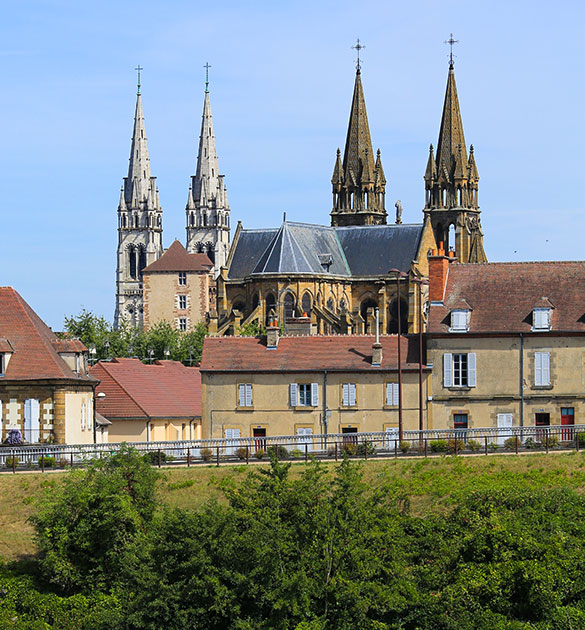 Moulins is the former capital of the Bourbon dukes, which houses the famous Moulins Cathedral (15th century), numerous half-timbered houses of the 15th and 16th centuries and many other architectural sights.

Especially noticeable is the famous triptych “The Virgin in Glory” by a 15th century painter known as the Master of Moulins. Another interesting sight is the Maison Mantin, whose owner, Louis Mantin, bequeathed his mansion to the city as a museum on the condition that, for a hundred years after his death, the house would stay closed. His wish was respected, and only recently visitors to the city have finally gained access to this window into the life of the French bourgeoisie in the late 19th and early 20th century. 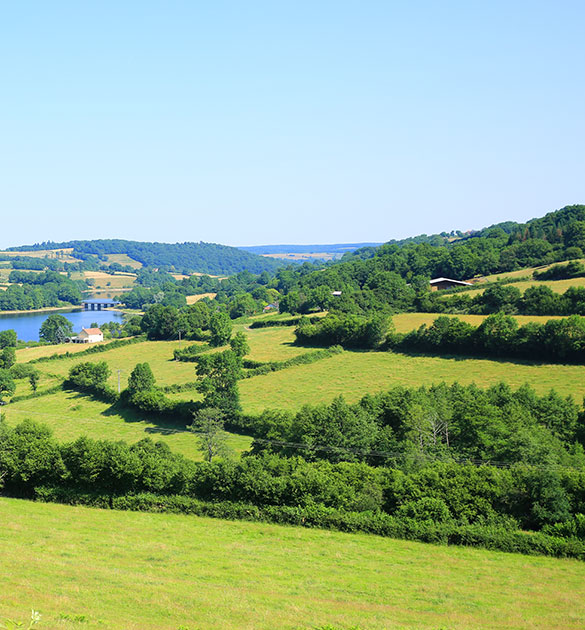 In the former mining town of Le Maсhine, there are no architectural treasures above ground, but its abandoned mines now host guided tours for adults and children, which invariably collect rave reviews.

Also an hour away (a little after the city of Machine), there is the Morvan national park. In addition to its natural beauty and rare animals, it also offers canoeing and several historical sights. In antiquity, one of the largest Gallic fortifications was built in Morvan – the fortified city (oppidum) of Bibracte. Archaeological excavations on its territory continue to this day, and tourists can visit the site. Morvan is also the region where the Romans founded the city of Avgustodunum, now known as Autun. 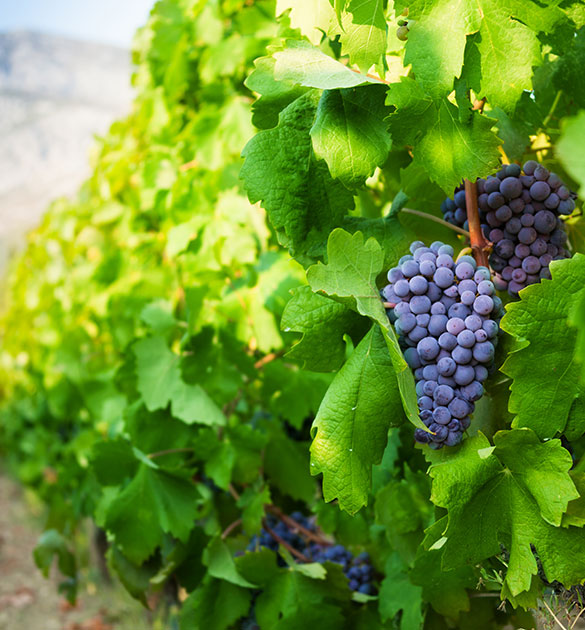 The nearest cluster of wineries is in the area around Sancerre where the famous wine is made. You will find many different wineries side by side here, which guarantees a great time.

To explore the whole of Burgundy, you should be prepared for a longer journey of two hours or more. 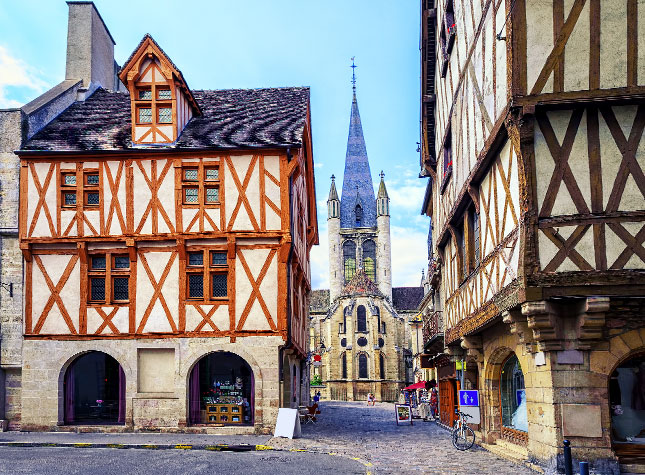 The capital city of the Duchy of Burgundy, Dijon is one of the most popular tourist destinations in France. It has everything: architecture, museums, picturesque narrow streets... Unfortunately, it’s about 2 hours and 40 minutes’ drive away. If you are  staying for a couple of days, consider also visiting the beautiful city of Beaune (2 hours 20 minutes from the castle) which is nearby. In addition to architecture, it is home to the famous 15th century altarpiece by the great Flemish painter Rogier van der Weyden, “The Last Judgment”.

The Route des Grands Crus “road of great wines” passes through Beaune, which is known as the wine capital of Burgundy. It winds its way alongside vineyards that have been awarded the title of Grand Cru. From Beaune, this road leads to Morvan. You can start this amazing journey straight from our castle. 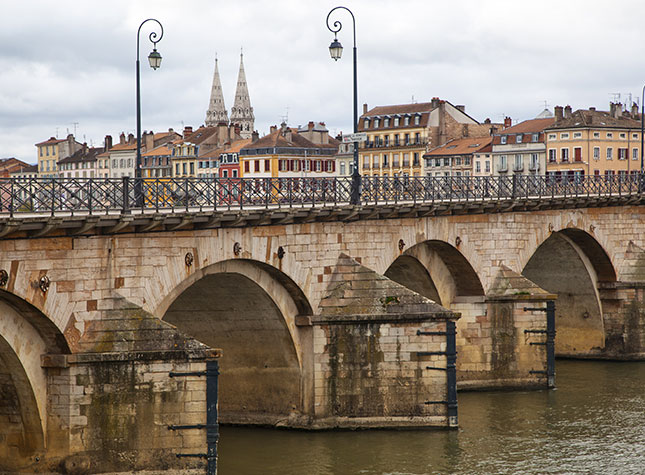 Another cluster of Burgundian landmarks is located around the city of Mâcon, known for its various architectural landmarks and Peter Greneway’s film “The Child of Mâcon”. Near Mâcon, about two hours from our château, you will find Cluny Abbey, a former Benedictine monastery with a rich history. It remains interesting architecturally, though it has been destroyed and rebuilt several times.

Mâcon is surrounded by different wineries producing wine from Chardonnay grapes. The most famous is arguably Pouilly-Fuissé.

If you pass Mâcon and proceed eastwards, in another two hours you will reach Geneva. 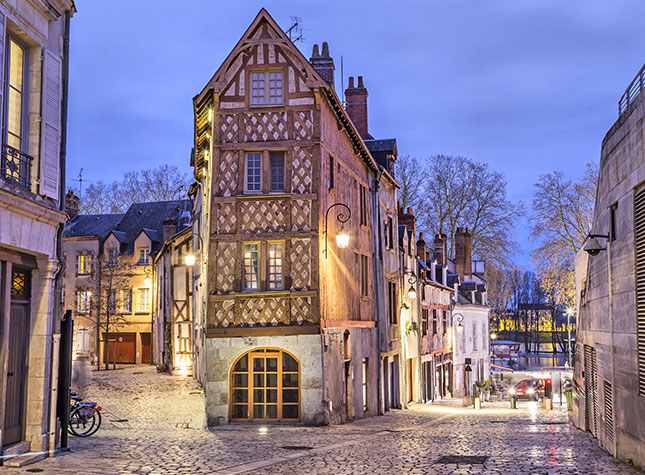 By now, we have left Burgundy and find ourselves in the Loire Valley. Actually, Nevers itself also stands on the banks of this river. However, the famous Loire Valley with its castles is about two hours away. We could talk about the beauty of the Loire Valley for hours. In a nutshell, let us just say that Orleans and Blois are about two hours away and that they are surrounded by dozens of famous and fascinating castles, many of which are UNESCO world heritage sites. On the way, you can stop in Bourges (described in Circle One), so this is certainly not going to be a boring drive.